Gradually, common-sense and knowledgeable voices have been appearing within Japan that are able to articulate the harmfulness and legal deadlocks created by Japanese legalized kidnapping as a response to divorce.  It is a rare pleasure to be able to put forth here in English the words of one of those who have taken the  long-standing position that Japan is in the wrong and commits harmful acts against its own population of children as well as those of other countries by continuing its current painful and absurd practice of condoning child abduction. May his like flourish, and may others join in articulating this position.

The article below appeared at the following URL as a feature of the website of  Chuo University in Tokyo. 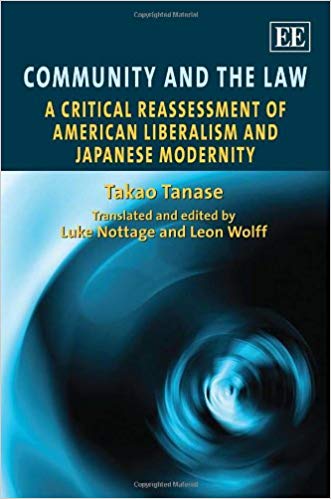 At present, ratification of the Hague Convention has been approved by the Cabinet and Japanese laws are being revised in order to implement this ratification. However, if we look at the domestic laws submitted by the government in order to execute the Convention, changes have been made with current Japanese public opinion and family court practices in mind, and it is questionable whether the intent of the Hague Convention has been incorporated.

1. The Framework of the Hague Convention

The Hague Convention was entered into by the signatory countries in order to provide international protection to children from the damaging effects of child abduction. It aims to prevent abduction or, if abduction has occurred, to quickly return the child to its original home to eliminate any harmful consequences. This is the principle of summary return that forms the basic framework of the Convention. Here summary includes two meanings, quick, in the sense of instant action, and brief, in the sense of dispensing with time-consuming procedures and taking decisions quickly.

The need for speed is connected not only to the damage suffered by children in being abducted and remaining apart from the other parent but also to the powerlessness of children and their total dependence on adults, which is a feature of custodial cases.

Children are powerless and consequently tend to adapt to the environment of their abduction and show loyalty to the abducting parent who is now taking care of them. This is why there are endless attempts to gain sole custody by abducting a child and severing its relationship with the other parent, and is sometimes called abduction victory. Preventing this by returning the child quickly and irrespective of the loyalty shown by the child is the main point of the Hague Convention.

To achieve this speedy return, the Hague Convention takes the stance of ordering the automatic return of a child if it can just be indisputably confirmed that the child was taken overseas without the consent of the other parent who has legal custody (including joint custody during marriage), or in other words, that the child was illegally abducted.

Even if the abducting parent pleads that the child wants to live with him or her and does not wish to return to the original home, this is not taken into consideration at all when weighing the pros and cons of the child’s return. Similarly, no attention is paid to pleas from a parent that one thing and another happened during the marriage, that the child would be happier living with him or her, or that the other parent cannot take proper care of the child. Allowing such pleas to be interfered in disputes over actual custody would inevitably make trials more drawn out and prevent a speedy return.

This is the other meaning of summary as in prompt decision-making.

There are some cases in which children are mistreated and returning them would clearly put them at risk. This is given in the Convention as an exceptional reason for refusing to return a child, although there is also a risk of compromising the principle of return if the wrong action is taken.

Accusations of physical or mental abuse of children and physical or verbal spousal abuse are made between spouses most of the time in failing marriages as they contest decisions on culpability for the divorce, custody, and visitation and contact rights.

Parents therefore have to try not to be tripped up otherwise the trial can drag on, during which time the child comes to depend increasingly on the abducting parent who is taking care of him/her instead of the other parent who cannot meet the child, otherwise, not only returning of the child will be prevented, but the relationship with the parent can become severed. Because of this danger, the Convention seeks to limit exceptional cases of denying return due to a serious risk of physical or psychological damage to a child.

(1) Toleration of abduction by Japanese law

The Hague Convention is against international child abduction and is not directly connected to abduction within Japan. So even if the Convention is ratified now, it does not necessarily mean that domestic law will change right away. However, the harmful consequences of abduction are the same even if it occurs within Japan. In fact the overwhelming majority of divorces in this country still follow a pattern of separation, in which either parent takes the child without warning in order to live together in the grandparents’ home, followed by a request for divorce.

In Japanese court practices, moving away with a child in a process leading to divorce is quietly condoned and not called abduction. In the words of judicial precedents, they left home with their children with the intention of keeping custody, and it is inevitably as they were unable to leave home without their children.

However, this way of thinking in judicial precedents is very far from the global consensus.

Children experience extreme trauma if they are suddenly removed for no apparent reason from a parent who dotes on them. The loss of a fundamental sense of trust can even scar them for the rest of their lives.

Abduction naturally provokes anger in abandoned parents, and fear of this anger and trepidation about returning children makes abducting parents even less likely to keep in contact and reveal their whereabouts. Of course many of them refuse visitation and cut themselves off from the other parent.

Later, even if mediation or a trial is held, the two parents cannot meet face to face to calmly discuss the post-divorce custody of their child as long as there is a background of this negative chain resulting from the abduction. All you can do through the mediation commissioner or judge acting as intermediary is work out an agreement on visitation and contact rather than discussing the current situation of the abduction, that is to say, rather than seeking agreement on parental rights and divorce.

However, if the person who has the abducted child close by keeps insisting on his or her demands, the future parent-child relationships will be significantly distorted.

The post-divorce parent-child law that the world sees ideal would be one that allowed children to maintain continuous and direct contact with both parents. Parents split up, but children who are loved and raised by both parents will no longer lose one of them in the event of a divorce.

The Hague Convention stipulates that jurisdiction shall be in the child’s habitual residence and that the child shall be returned to that original country of residence even if the abducting parent starts a lawsuit in his or her own country. This is because the key to achieving equal post-divorce joint custody is for the parents to talk on an equal footing before separation and work out a post-divorce arrangement.

Graduated from the Faculty of Law, University of Tokyo in 1967. He was an assistant professor and then professor at Kyoto University before taking up his current position of professor at Chuo Law School, Chuo University. He is a lawyer belonging to the Tokyo Bar Association. He passed the National Bar Examination while he was an undergraduate student. After graduation he worked as a research associate and assistant professor on the Civil Code. Since then he has specialized in the sociology of law and conducted institutional research into legal proceedings, the justice system, lawyers, and alternative dispute resolution, legal theory research covering legal awareness, comparative legal culture, and modern jurisprudence, and interdisciplinary analysis of legal interpretation theory aimed at the Constitution, tort law, contracts, family law, and so on.
He has also taught at several American law schools including Harvard University. Besides research and education, he is currently utilizing his accumulated research in the conducting of defense activities.