Support from Congress. We need this desperately.  The executive branch has long ago decided that international child abduction is not important, delegated it and have paid it only lip service.

The House Foreign Affairs Committee adopted an amendment by U.S. Rep. Chris Smith (NJ-04) Thursday calling for a memorandum of understanding (MOU) with Japan for the immediate return of the approximately 156 U.S. children currently being held in Japan against the wishes of their American parent, and in many cases in violation of valid U.S. court orders.

“The amendment passed today makes it clear that the United States must, by way of an MOU with Japan, or any other appropriate means, seek the immediate return of U.S. children abducted to Japan,” said Smith (NJ-04), a senior member of the House Foreign Affairs Committee and chairman of its human rights subcommittee.  “Abducted children are at risk of serious emotional and psychological problems.  The U.S. government has a duty to protect these children and fight for their parents who have a right and want to meet their responsibilities of raising their own children.” Click here to view the amendment.

Smith said Japan has become known as a haven for international child abduction. “Tragically, Japan has become a black hole for children whose Japanese parent—or in some cases non-Japanese parent—decided not to abide by the laws of the United States and rather to run to a jurisdiction where they would not have to share custody, or even permit visitation of the child by the child’s other parent. Japan has historically been complicit in these abductions, offering protection without investigation.”

Smith said Japan’s recent announcement that it will finally sign the Hague Convention on the Civil Aspects of International Child Abduction is welcomed but pointed out that the Convention, by its own terms, will only apply to future cases.

“If and when Japan ratifies the Hague, and I hope they do, such action, unfortunately will not be sufficient to address the existing abduction cases,” said Smith, who led a human rights mission to Japan this past February and met with government leaders as well as American parents blocked from seeing their children in Japan. “A Memorandum of Understanding between the United States and Japan is urgently needed to ensure that families are reunited and left behind parents are not left behind again.”

During the debate on his a amendment, Smith spoke of the current abduction cases involving Japan including the case of New Jersey resident and former Marine Sgt. Michael Elias, whose children Jade and Michael were abducted to Japan by his estranged wife in 2008.  He has not held them since or been allowed any communication with them in over a year.

“Additionally, my amendment calls on the Secretary of State to take any and all other appropriate measures to enable left behind parents direct access and communications with their children wrongfully removed to or retained in Japan.  These children must be allowed to have a relationship with their American parent—the arbitrary deprivation they currently suffer is child abuse,” Smith said. 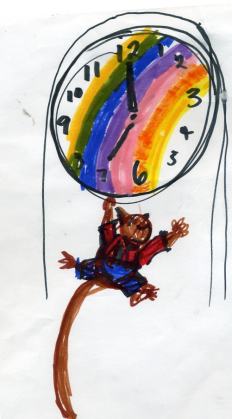 The House Foreign Affairs Committee unanimously adopted the amendment demanding an MOU as part of legislation controlling foreign aid.  The bill is expected to move to the House Floor.

In September 2010 Smith cosponsored and managed the debate in the House chamber on a similar bipartisan measure, H. Res. 1326, calling on the Government of Japan to resolve the many cases involving over American children abducted to Japan. The bill passed 416-1.

Smith also has been working to push Congress and the Administration to better address international child abductions in Japan and elsewhere. After returning from Brazil in Dec. 24, 2009 with abducted child Sean Goldman and his left behind New Jersey dad who had been deprived of his son for five years, Smith introduced “The International Child Abduction Prevention and Return Act of 2011”, H.R. 1940, and is working for passage of the bill.