During the last weeks of 2010, I asked for reminiscences and /or forebodings noticed by friends or family (in the “Write to me” box). Here are a couple of things sent by friends. If  you’d like to add to this page, I’d still and always love to hear from you.

A deep bow and thank you to you guys. There’s no substitute for caring friends. 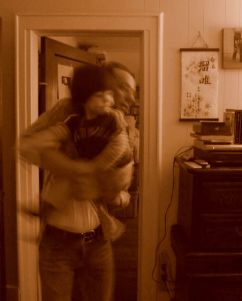 I have known Brian for a quarter century, and I have known Machico for almost as long as he has. When I first met her, on a brief visit to the new couple, she was as sweet as can be with my wife and me. She was obviously a bit distracted with her work but still found the time to engage old friends of her new mate’s.
A year or two later everything had changed, despite the arrival of their new son. She was aggressive with Brian, and simply extended her hostility to us. Common courtesies were tossed aside. It truly was a Jekyll/Hyde phenomenon. My wife and I decided to make ourselves scarce, and quietly hoped that things would improve for him (and them). Sadly, this was not the case. Brian made a heroic effort at loyalty, and did not gripe about his increasingly difficult partner, nor did we share, back then, our misgivings. More recently, when he could no longer hide the collapse of his relationship with his mutated partner, we did see fit to advise him to take pre-emptive legal action of some kind. But he was determined not to be an aggressor, and hoped till only a few months ago that whatever decency and feelings she had regarding the well-being of her son would take precedence over her pathological rejection of the boy’s father. Alas, it was not to be. 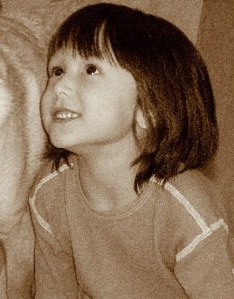 I remember the last time I saw Rui (and it will NOT be the last time, Rui, I promise you that) was in Austin around the first of the year of 2010.   I was taking him and his father, Brian, to the airport so they could catch a flight back to New York.  I had parked the car and went inside to see them both off at the security gate.  As we were about to say goodbye, Brian leaned down to Rui and said, “Say goodbye to Uncle Jeff.”   At which point, Rui opened his arms and embraced my legs.  I then kneeled to the ground and hugged him right there.  It was a very touching and real moment.  To have a child express his feelings with such spontaneity was a joy to witness.
I’m awaiting the next time Rui and I can embrace each other again, this time with him saying, “It so good to see you again, Uncle Jeff.”

And with that, I’m off to see the lunar eclipse.