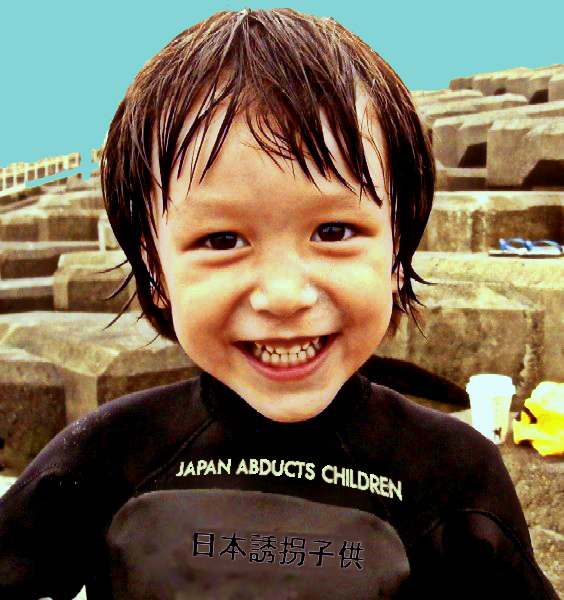 The video clip below is something I saw on Youtube that reminded me again, again, again, (like I need to be reminded?) that Machiko’s drive to divorce and abduction is a miserably narcissistic and cruel thing to do to Rui. I didn’t want to divorce her; in the end, I wanted to live with my son and preserve his home. Like a fool, I refused to acknowledge Machiko’s death-drive pathology and incessant hostility was 切り離せない; inherent and inextricable.  But then, she said it herself: “What should I do? Be miserable the rest of my life?” For a person who is damaged in her particular way, it’s impossible to imagine a life in which there were alternatives to “misery the rest of my life” that didn’t involve  acts of  hostility, destructiveness, delusion, and spouse and child abuse. Felonies don’t usually bring happiness outside of TV, and in Machiko’s childhood, the way to absorb the conflict between her parents was demonstrated at an early age.  Her mother dumped her off with a grandmother whose still-at-home youngest daughter was considered too self -absorbed to learn to accept Machiko’s presence;  next, she was placed with a crazy nanny who abused her and her sister; and finally she was given up for adoption to a rich aunt, separating Machiko from her mother and sister, and requiring a law suit to get Machiko back home once her mother was forced to recognize the mistake she had made. It is the stuff of horror films, but now the next generation has been subjected to more of the same. “If she could take it, so can he.” Such is the mantra of this dysfunctional Japanese family, with the family courts to approve and support it.

It’s imposssible for Machiko to comprehend the insult and indifference to Rui’s inner life she is concealing.  She displayed this indifference constantly to him at home … 20 hours a day on the internet and telephone where her business clients which were always the indisputable top priority, dwelt, regardless of Rui’s needs or the effect it had on him; the obvious conflict and hurt she continually put on Rui’s heart by cold-shouldering the love of his father,  keeping Rui on a short string to force him to choose her, cling to and please her; and of course, an elaborately devised scheme to promote pointless and pernicious lies about me to him, to herself and her friends and family, to her lawyer, and to several counselors she sought out to use as puppets in the play.

As every psychologist and counselor knows, Machiko’s own broken family and extremely damaged childhood were highly predictive of her pathological rejection of compromise, trust, negotiation, relationship, and ultimately, predictive of the abduction of Rui. I am so ashamed that I didn’t realize this and act decisively on it. I can’t possibly make this grief comprehensible in words.

Rui, no matter what she does, cannot know that every single day of my life since they left has been a struggle with the extreme, beyond-all-sense  selfishness of her having stolen him. Rui is still, as he was when he was here, the center of my life.  But how to live with his absence, and the substitution of gnawing pain at the center of my life and his, with the constant deblilitating knowledge that he is there, being mislead, manipulated, and emotionally bankrupted, is an unsolvable mystery to me, as it is to every victim of Japanese Child Abduction.