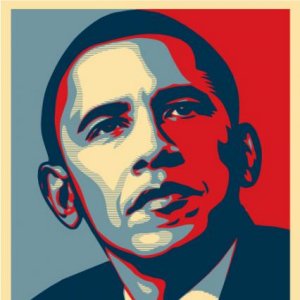 As President Obama returned Sunday from a trip to Asia that was filled with signs that the United States plans to be a counterweight to Beijing’s growing influence in that region, Mitt Romney and other Republican candidates have stepped up their denunciation of China’s trade practices, casting the country as predatory and a culprit for lost jobs at home.

Today’s New York Times (11-21-2011) describes the lining up of America’s political class behind increasingly aggressive anti-China rhetoric from the political parties, alongside warnings from the Wise Men of the Times against ramping up such rhetoric too far. Raising the stakes to a trade war, they say, will have negative consequences for the Americans. Still …

Given the bleak economic backdrop, China’s emergence as an election issue is no big surprise. But it is an unusual case in which domestic politics are playing to Mr. Obama’s diplomatic advantage, allowing him to project to China the picture of a country united in its resolve.

Still, the intensity of the American pushback — in Congress, as well as on the campaign trail and during Mr. Obama’s travels — could have volatile and damaging consequences for the relationship between the two countries, regardless of who wins the White House.

Mr. Romney, diplomats and other experts said, could be haunted by his harsh claims that China steals American technology and hacks into its computers, and his threat to declare it a currency manipulator on his first day in the Oval Office. As candidates, Ronald Reagan and Bill Clinton both attacked China, only to have to make amends after bitterness in Beijing hindered their efforts to work with Chinese leaders.

Notice that U.S. policy is referred to as “pushback” … lending credence to a portrayal of U.S -Chinese relations as  the Chinese having attacked Americans and their interests by pursuing positional strategies in Asia (and let’s not fail to note, in Africa as well) while the U.S. has been busy with the violent resistance to the invasions of Iraq and Afghanistan for 10 years. So the Times typically incites us to share the vision of world affairs that the editorial appears to attempt to moderate.

What is at stake is a growing competition in South and Southeast Asia over resources. India, Indonesia, China, Japan, the U.S., all regard the region as a place to contest. The Times article does not refer to the enormous land grabs underway in Asia and Africa, where private interests from the U.S., China, Europe and so on, have been competing  for control of natural resources as locales for future profit-making and positioning for long term economic dominance, a battle likely to bring considerable future unrest and conflict.

Through it all the U.S. views its interest in part through a strong tie to Japan as a strategic frontline nation (and still a U.S. client) in the competition with China and others that partners with the U.S. in the continuing expansion of the neo-liberal economic regime to these locales where there is much money to be made and therefore  geo-political interest to be pursued. This is where our kids will come in.

The last weeks have seen the Americans looking rather jaunty and happy with their Japanese partners:  particularly interesting to note as unemployment, underemployment, economic corruption and stagnation crisis in the U.S. has brought the  certainty of its own process of legitimation to crisis as well. Protesters in multiple cities have been beaten, displaced and arrested by police over the last weeks in a strong show of force by the Department of  Justice to attempt to break the momentum of the growing protests against gross economic inequality and injustice and the ensuing closing off of political control. The protests, it seems are starting to worry the caretakers of the economic regime; hence their brutalization at  the hands of the police. As this current economic regime has reached a limit, U.S. policy makers and corporate partners seek new geographies to which to move capital to take advantage from the crisis. Policy makers in Washington want the focus to remain on televisual political squabbles, not on those who might have an interest in diverting some political and economic capital to issues of equality, human rights, social justice, or fundamental welfare of mere citizens, especially small ones.

In a recent talk (July 2011), Professor David Harvey, author of geographic, economic, and anthropological texts, described the typical response of elite economic actors to crises. Roughly, when the rate of profit falls and movement of capital stagnates, the goal is straightforward: find a gap to expand into,  build more spaces there, and fill them with more stuff. The privileges of our economic elites depend on the continuation of this process, in spite of how difficult it becomes when the movement of capital comes to a grinding halt, as it did  in September 2001 for example, or again more seriously in 2008.  This is  what the U.S. wants from its allies: to provide locations to build spaces and fill them up with stuff. And to establish the proper regimes there to insure those spaces and gamble with their exchange value, local interests, labor and social welfare must be disciplined,  as has been done with great intensity over the last 30 to 40 years, all over the globe.

New sites  and new spaces for this accumulation of wealth are always being sought, and now this is occurring in East and particularly South East Asia. In pursuit of this, Japan and the U.S. are pushing for the Trans Pacific Partnership, or TPP, an international “free trade” agreement in Asia that much like NAFTA will rope member states into a regime of accumulation that will benefit elites while disciplining labor, without much  regard for the effect on employment, local agriculture, or impact on locally dependent populations. The U.S. President and Japanese Prime Minister Noda’s group both favor TPP, despite the objections of Japanese prefectural governments that will lose in the deal. The APEC Summit in Hawaii the week before, an elite meeting of Pacific economic leaderships, also  made clear that these interests were primary.  It appears that settlement of the long-standing conflicts over the U.S. military presence and the Japanese inability to deliver a population resigned to a resolution of the Futenma military base issue is also progressing. Australia, it seems, is about to become the lucky recipient of this partnership’s goals, with plans for new basing there which may help to ease the pressure Japanese officials have endured from their population, which has, through protest and political activity, fought to oppose the re-imposition of the bases.

Nothing can be allowed to interfere with this process and its economic and strategic goals, according to the U.S. Department of State. As  Secretary for East Asian and Pacific Affairs Kurt Campbell said of himself and his role at  a rare, one-time hearing on International Parental Abduction to Japan called by Congressman Chris Smith  last summer, “I stand next to no man” in pursuit of and dedication to the smooth functioning of the U.S.-Japanese strategic partnership. It was clear what this meant in the context of a hearing on Japanese state-sponsored child abduction. Secretary Campbell, founder and leader of the Center for a New American Security, a Washington D.C. national security think tank specialized in irregular warfare and terrorism that earned prominence during the War on Terror, and that now has a major role in policy analysis and recommendations that the Obama Administration follows in East Asia, said these words as the principal U.S. administrative official charged with the solution of the enormous child abduction problem that plagues us today. Enormous, that is to those who are concerned. It is quite an interesting portfolio, this combination of military strategy to serve elite economic interests and hold back “the Chinese threat” coupled with battening down conflict over thousands of Japanese child abductions. We must ask unflinchingly what interest Mr. Campbell, Mr. Obama and DoS feel most obligated to serve, based on their words, actions, and their stated and background interests. They have delegated responsibility to the State Department’s lowest rung; an agency with no power that handles the paperwork for international adoptions. It is not hard to see that their actions put 100% priority on economic elites and military strategies to ensure that nothing pushes the ship off the proper course. And a small child like Rui, born and raised in New York, kidnapped and abused by the Japanese like thousands of others, can go under the tank wheels. 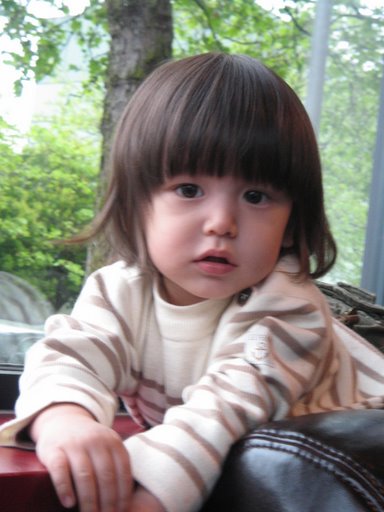 What message must we next convey? We must expose the issue  in every way we can.
If we can’t win this fight at the macro level, then we must seek additional targets. A dire danger exists to anyone who attempts to relocate or live among Japanese. No one with a family, or who after involvement with Japanese finds him or herself with children, is safe in Japan or in a couple with a Japanese partner. Children are abducted every day, and the Japanese State alongside it’s quiescent U.S. partners are ready and willing to enforce the privilege of abduction of children, every day. If the U.S. intends to continue to have Japan as its economic and strategic partner without disrupting this savage and criminal activity,  and believes that this is the necessary sacrifice required by the partnership, then it is up to us, parents and activists for stolen children, to fight in a battle of very unequal, asymmetrical warfare. We are obliged to make certain that every individual the Japanese want or need to work with them is forewarned, and this should be our message to the world of professionals, technicians, consultants, negotiators, travelers and students of all kinds: Japan abducts children. It is not safe for you to work there, nor especially for your children to visit, reside, or much less be schooled there.  Marriage to a Japanese entails this dire risk of abduction in every instance, and there is no legal recourse. You will be shocked to find that deception is the rule when it comes to this practice. You may think that you have friends among the Japanese and that such a crime could not possibly occur. And you would be wrong.  The system of abduction is ruthless, vicious, unscrupulous, and will not be dissuaded from attacking you and destroying your children, and your families.

If the business of the world is business, technology, finance and trade, then it is necessary that the business and professional world should learn of Japanese child abduction  and be  warned to stay away. Governments have already decided that the commodity, the investment, the assembly of parts and profits is the only, real priority. This economic logic pervades so deeply that no amount collusion in the stealing and ruin of children is seen as too deep a price to pay. Child abduction pales in seriousness beside the functioning of the economic engine.  The slightest interruption, the smallest tension in the relationship, it has been decided, is not worth the temptation. Every honored occupation has been stripped of its halo, including that of fatherhood and motherhood. The paramount economic relationship has torn the sentimental veil from the family, and put cash relations in its place.

Perhaps this is the necessary message today, despite how intolerant and illiberal  it may sound to the uninitiated. Save your children and yourself: stay away from Japan. Only by addressing and outlawing child abduction and returning our children to us will Japan earn a place of trust. Until then, warnings must be sounded, loudly, regularly, and vehemently.

One thought on “China Syndrome: What’s Political Economy Got To Do With Japanese International Child Abduction?”