Kidnapping children is legal in the United States. But I’ll bet you didn’t know that.

In the eyes of the law in New York State and throughout the United States, you are better off bitterly, irrevocably divorced  living separately from your children, than married and trying to keep your family together to protect and stay close to your beloved flesh and blood. So, the law recommends that you bust your wife into court  fast and divorce now! Administer a short sharp shock, put a chain on the  kids’ ankles with your name on it; otherwise you are running a grave risk of losing your children forever. This is the message: the law is definitively not on your side. Children of married parents can be dragged onto an airplane and removed from the United States, and law enforcement officials will tell you so. The New York City DA’s office, the NYPD, the FBI all stand by the same story: unless you are divorced and have a court decree stating that you have won full exclusive custody of your child from a judge …  no, it’s worse … unless you have an action of the court preemptively stating that it is ILLEGAL for your particular child to be kidnapped, it is assumed that abduction of your child is a legally protected right, and the agencies of law enforcement will do nothing, absolutely not one thing, to help you. And if out of love you had been trying to keep your children in a whole family, then law enforcement agencies most certainly will not assist you in obtaining any sort of  declaration, decree, statement, warrant, NOTHING that states that you and your child are victims of a crime in the event that your child is abducted and taken out of the country. Go ahead. Ask them directly, and see what they say. No prevention is possible, and neither is retrieval, because it’s not illegal to kidnap a child. Abductors have the blessing of The State.

The law is peculiarly fond of foreign nationals who abduct American children. That’s because political sensitivities exist which must not be disturbed. You wouldn’t want to accuse a country of wrongdoing when all they’ve done is provide safe haven to  the hundreds of  people who cross over the border each year with children they’ve stolen away from parents in the United States. Is that so bad, really? Opposition to such a culturally sensitive custom might ruffle the feathers  of some very important economic and/or strategic partners, so the subject must be broached gently and very discretely, like you need to discuss  some unseemly habits someone has. “Would it be too much to ask if you could stop sticking your digits all the way up your nose when you’re talking to people? And oh, if you would also be so kind as to consider a revision of those ever-so-unpleasant kidnapping habits of yours, given the fact that you have taken hundreds of children from my country and are protecting their abductors. That is,  if you want to.”  As long as the other side makes a nice, sweet, helpful statement, like this one about how they’ve gotten all sincere on us and decided to “study” the issue very carefully, then the  representatives of U. S. law will be very, very, very grateful and proceed with normal undisturbed relations. Please, please, dozo, have another child if your belly is not yet full. There are plenty more where that one came from.

So, the Japanese government says it is carefully studying the issue?  As Jesse Jackson once said, and I’m paraphrasing wickedly,  “If we look around and find  that a whole lot of small fish are disappearing, we don’t need another government study. We need to find a barracuda!“

“According to William Duncan, the Deputy Secretary General of the Hague Conference on Private International Law, there are approximately 1,300 children in total presently living in Japan that are considered abducted and whose wrongful retention is in violation of criminal kidnapping and abduction laws originating from these children’s countries of original jurisdiction.”

If the United States wanted to do something about this, it could.

The United States can revise its own laws to stop assisting abductors in getting away.  Right now, if someone wants to leave the United States and go to Japan with a child, that person can decide any time they wish to that they will not return that child to his rightful parents. And that is precisely what they do and have done, hundreds of times.

Don’t believe the hype. Even if the Japanese sign the Hague Convention this evening before bedtime, not one child will be returned to his parent, because as Eric Kalmus  at the Japan Children’s Rights Network has so often observed, joint custody is illegal in Japan.
I have a new proposal. What the United States must do is to prevent children, ANY children, from being taken from the US to Japan, period, until such time as the Japanese have introduced dramatic change to their family law and enforcement apparatus. And the laws on both sides of the Pacific must have teeth, big sharp teeth that will take a bite out of anyone who tries to take a child and bring him or her to Japan. Would a lot of Americans and Japanese, and probably a whole lot more of the world’s people be upset if no one was allowed to take a child out of the US to Japan?  Maybe they would. But I ask you, how else does anyone propose to pressure the Japanese into stopping this socio-pathological practice?

No minors allowed over that border! If the country in question were an official enemy or politically defined site of conflict, like Iran, Somalia, Iraq, Afghanistan, and the likelihood was that the government of the country in question would prevent children that are citizens of this country from being returned home, would there be a sustainable argument about the practice such that adults would be allowed to continue to put children at risk by taking them there? I don’t think so. It’s a war, and war requires battlefield tactics.

Stop children from being taken to Japan today! Let us see some sweat under those suits. I, for one, love my son, and want my son back; and I am deeply sickened by watching the State Department, the state and federal courts, the police, the FBI, and the DA all sit on their hands while my son is being held captive and put at grave risk of severe trauma and long-term emotional damage. He left here a fine little boy. I don’t want him coming back suffering from a freshly-minted personality disorder, courtesy of his mother’s enmeshed family and a pathologically repressed social order. Let the Japanese face the fact of what they are doing. I want to save my child. 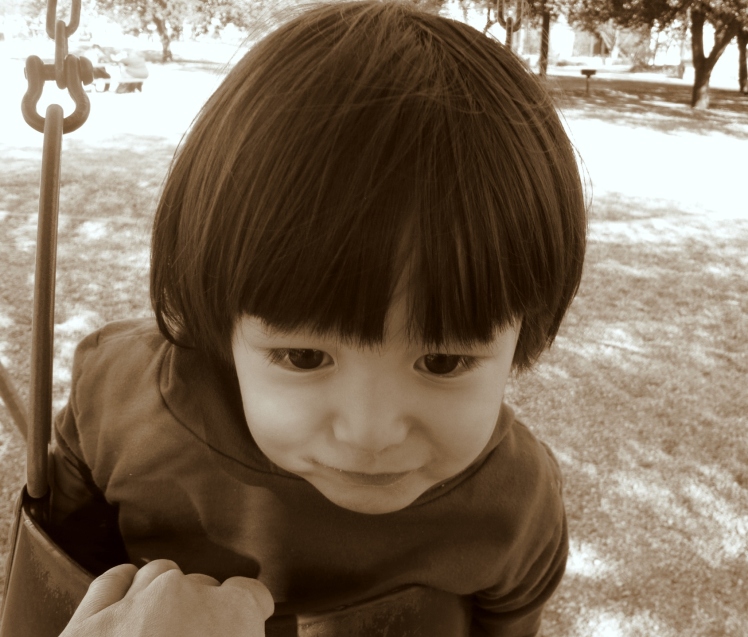 Join 282 other subscribers
Follow For Rui Boy on WordPress.com