This television clip regarding Sean Goldman’s return to his father after his long and difficult abduction contains a brief introduction to the permanent damage and developmental issues that children of parental alienation and abduction like Rui are also now absolutely bound to be plagued by, thanks to his mother’s dogged efforts, aimed at undermining his mental health.

Rui’s mother Machico ignored my pleas to her regarding issues of trust and secure bonding for years, despite my offers to explain these basics of psychology 101 to her, or to provide her with reading so that she could educate herself. Her consistent reply to all appeals to modern psychological thinking was to sneer at it as something I “read in a book,” as if that condemned the knowledge to superficiality and irrelevance that was beneath her. She will deny until the day she is cremated that turning her back and ignoring me when I entered our home, insulting and berating me in front of my son to the exclusion of any other conversation, and  most infuriating, belittling my love and attachment  to Rui with him listening were powerfully constituted to confuse and alienate my boy’s close relationship with me.  It should have come as less of a surprise then that she took the trauma-inducing final step of physically removing him from his daddy, his home, and his country to a place where she can continue to exact this price from him undisturbed: to make him pay for loving and needing his father; and in the end, to succeed in destroying a core part of Rui’s emotional foundation.

Psychology wasn’t the only reading and self-education  she ridiculed. And it wasn’t that Machico never read or learned things while we were rearing our child. No, she had one book she seemed to like, behind her mountain of fashion photo magazines. It was about a kind of vaguely spiritualist Animal Tarot. She kept it next to where she slept, and seemed to put quite a bit of faith in. It contained something about our inner  wolf,  fox, or cow, our eternal  inner gopher …  and how that would explain the four-footed rodent essence of  our lives to us. I used to peer occasionally into the book and marvel that a person with a 20th century education, a reputation for intelligence, and considerable professional responsibilities could find interest in it. 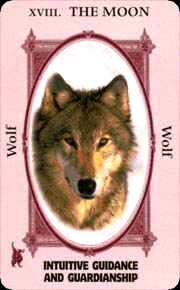 And that’s only one of thousands of reasons why finding my son gone to where I’m unable to counter-balance the  unhealthy influences in his life leaves me traumatized as well.

I wish Sean and his daddy well, and hope that they can successfully assuage the pain that their nightmare forced on them.