The Bowery where I landed 30 years ago is no more as it was. The memory tricks are real though. There was a spot where I brought you a few times, Rui, nearby here. We only passed by, stopped for a bench rest, and moved on.

For me it’s a blue-bathed memory of a place where the brutal inequalities of our day had long been mirrored; where lost, broken, or abandoned persons passed, stopped, and moved on in time. On many walks through here, fences, railings and gates stood between me and stairwells, doors, rooms and closets, beyond which were chests, drawers, mattresses, upholstered chairs, broken locks, and men uncomfortably half-dressed against autumn cold.  Places of confinement as they were, these places have now vanished; I fear they’ve taken with them the knowledge they bore to us of what pillage and banks left in their wake. What is the sum of that enormity of passions that were spilled into these transient domiciles? There at least, the abyss stared back, refusing to be ignored.

I loved as well as feared this place. Families left the bones of their ruin here; glimpses of their psychic toll remained in evidence for eyes that looked. Things that I have learned and would always want you to know about our world played scenes against the backdrop of urban districts like these. The poetry of sorrow may have been overly common here; but these poetries are played on melodies that wounded love and longing build. Here, there was and is something of deep value to know about being human.

I miss walking with you. I miss you so, Rui.
Love, Daddy

While the wolf had her fangs
Deep in my heart
Who’s been writing the songs?

Who’s been singing?
And who’s been listening
Blue Eyes while you’ve been gone?

And the tears used to sing them
And the cold wind would blow them
Down on the Bowery
Broken hearts were the only things listening
And Blue Eyes, I heard everything

With blue eyes, without me.

(The song is Bowery by Jason Molina. Recorded by him with his band, the Magnolia Electric Company. No infringement of copyright intended on the songs and photographs.) 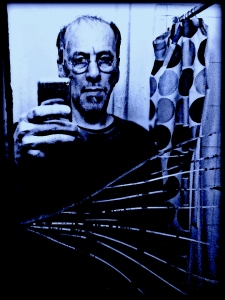